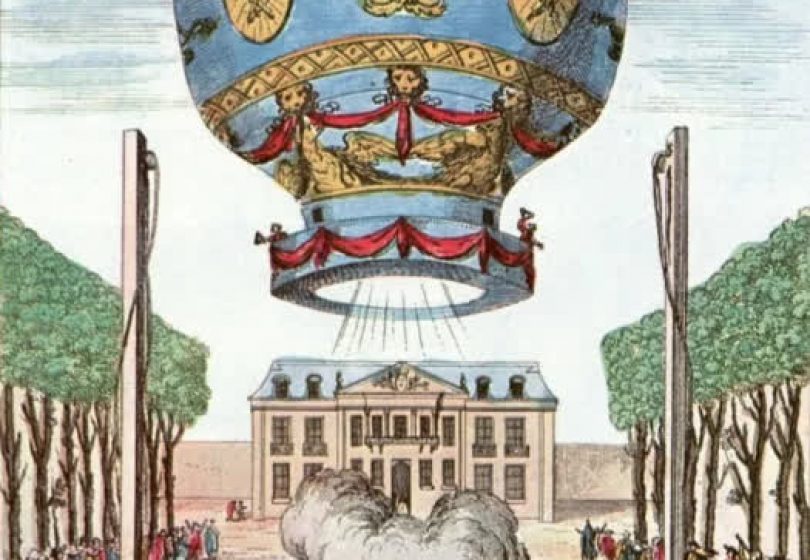 Dirigibles were the first flying machines to conquer the sky, but who was the great mind who invented the dirigible? The answer to this question is complicated, since this invention belongs to many scientists and military men, who contributed their part to create a reliable flying device. But before we will talk about the inventors, a special attention should be given to the epoch in which this breakthrough happened.

When was the dirigible invented?

The first flight took place in 1783 in France, when she was one of the leading powers in Europe. This was the age of knowledge and systematic research, that changed the way people think. Suddenly they understood that everything is possible, if only a scientific solution is found. People started to observe natural phenomenon closely and tried to recruit them to their needs.

The pioneers of the Lighter Than Air industry were Montgolfier brothers. Joseph Montgolfier payed attention that a laundry that was drying next to a fire is going up. With time, he understood that hot air is lighter than the room temperature air, and that is why the fabric is going up. He and his brother used this discovery and built a big balloon from wallpaper and filled it with hot air.  The balloon launched to the sky with no difficulty. Now the mankind knew how to reach the sky, but people still could not navigate and control the flying device.

Pierre Jullien contributed the next step to the dirigible building, by adding clockwork motor and a gondola to a cigar-shaped gasbag in 1850. The idea of Jullien was evolved by Jules Henri Giffard, who added a steam engine that powered a propeller. Griffand’s airship traveled only 27 kilometers at a speed of 10 kilometers/hour. It couldn’t fly with prevailing winds, and yet, in 1852 Giffard succeeded to prove that aerial vehicles can be controlled by an engine.

The first effectively controlled aerial flight took place on August 9, 1884 in an airship named La France. This dirigible was built by 2 French military officers in Corps of Engineering – Arthur C. Krebs and Charles Renard. La France’s Length was 50 Meters, and it was powered by electric motor propeller. The first flight of this dirigible was 8 kilometers long and it lasted for 23 minutes. The breakthrough of this dirigible was in landing from the same place it launched.

Rigid airships are conquering the sky

German former officer Count Ferdinand von Zeppelin was the first one to build rigid airship, filled with Hydrogen, the lightest gas in Nature. His airship characterized in aluminum rigid frame and it was much larger than any airship previously built. This construction was well navigated and could land in the same spot from which it took off. This airship also could carry a maned gondola, thus Zeppelin’s airships became useful first in German war effort in WWI, and then in passengers scheduled flights, that was operated in the 1930’s.

The journey to conquer the sky was long and complicated when the scientific achievements were a result of cooperation as much as a competition between nations and inventors. Nowadays the dirigible industry continues to evolve, using new technologies and new materials. Atlas LTA is proud to take part in this glorious industry.